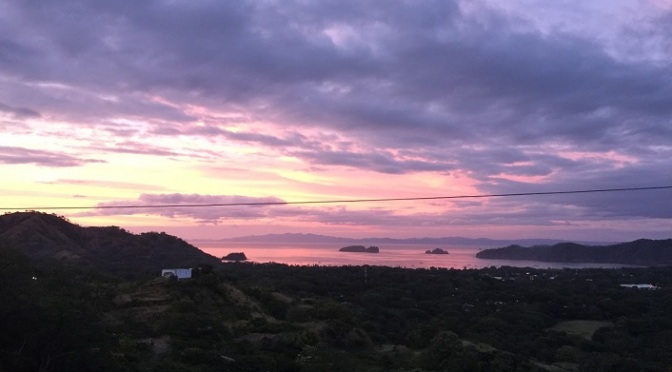 There’s a lot of negativity online regarding 2016. It does seem like there have been more celebrity deaths than normal, and of course, the hostility surrounding the election has cast a pall over a large part of the year. Outside of our Ameri-centric bubble, things are looking even gloomier other parts of the world – like Syria, for instance.

However, on a personal level, this year has been a good one for Dave and I.We remain in good health, along with everyone in each of our families. No one we know personally has died this year. We’ve both been working at our jobs for several years now, so we’ve hit a comfortable stride financially. The highlight of 2016 for us, of course, was our trip to Costa Rica, but we had quite a few nice little trips throughout the year!

Of course I got to roam alone even more, thanks to my job…

Amsterdam, Germany, Texas (where I got to meet up with an NFED friend!), Wisconsin, MA/NH/ME (family vacation!), and of course my favorite work-sponsored trip: CALIFORNIA!

Goal for 2017: I don’t have much say over where I go, since it’s for work, but I do know I’m going to California in February for a conference (woo hoo!)  I would love to get to explore Amsterdam again, but I don’t know when I’ll get to go back.

Other things accomplished in 2016…

I finally bit the bullet, faced my fears, and got my lower bridge remade. I never did post about the outcome of all that, but in October, I got the shiny new one installed! I started the whole process in February, though I dragged my feet quite a bit due to financial concerns about how to pay for it. In the end, I paid nearly $4,000 out-of-pocket for the lower bridge, because the insurance company said it wasn’t covered at all. A few months later, I received a reimbursement check for half of that amount. So I was happy about that, although it would have been even better if they’d just paid for the whole thing in the first place. The new bridge is sleeker than the old one, which makes it more comfortable and less troublesome to keep clean.

In June, I gave my 10th Toastmasters speech which completed my Competent Communicator certification. I then proceeded to completely stop going to Toastmasters because things were so crazy at work, I couldn’t deal with anything else.

Goal for 2017: Return to Toastmasters and complete another book of speeches.

This blog! One of my goals for 2016 was to write more, and I think I wrote less than ever! I blame my job for sucking the life out of me, but it’s no excuse – I could have at least shared a little blurb here and there.

Keeping in touch with people. I’ve always been sort of a keep-to-myself person, but this past year was bad. I didn’t keep in touch with anyone. I barely kept up with my own family. Once again, I blamed my job, as it was a really intense year. But still, I’ve got to prioritize better.

Goal for 2017: Plan regular video chats and calls with people. Schedule lunch or dinner dates with people who are close by. Stop being a hermit!

Exercising regularly. Oh goodness. While I’ve never been someone with a solid fitness routine, I’ve generally been good about getting some form of exercise, whether it be walking, or hiking, or doing yoga in my own living room. This year I barely did any of those things, and it shows. No, I am not obese (yet), but I am as weak as a kitten, and flabby to boot.

Goal for 2017:  Try Crossfit at least once. Get out and walk or hike every day that it’s not inhospitable. Get back into yoga!

2016 was definitely a busy year. As I looked back through the blog while writing this post, I was surprised to see all that had happened that I’d already sort of forgotten about. Work was probably the biggest challenge for me, but also quite rewarding, since I got to travel, and I got a promotion and a nice raise in the process.

We had some low moments too – the most recent was finding out that a dear friend has metastatic melanoma. Fortunately, from what I’ve been reading, the prognosis for melanoma is better now than it used to be, and this woman is not someone who will sit back and let cancer take her down. So I am optimistic, though still sad that she has to fight this battle.

I hope all of you who are reading this have a happy, healthy, and promising 2017!

2 thoughts on “Looking Back and Forging Ahead”