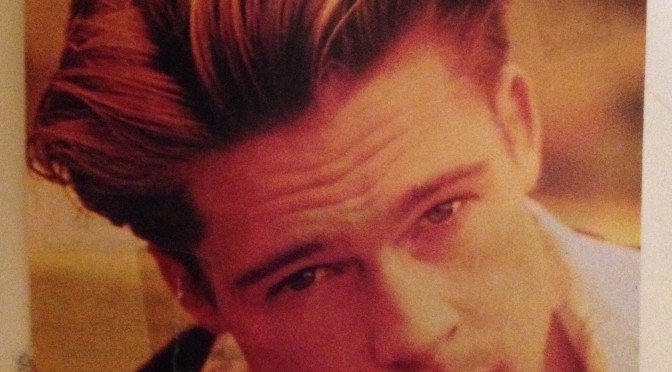 For today’s Throwback Thursday, we’ll take a little stroll back to 1993 by cracking open the pages of my padded, tropically-festooned journal.

I was 12 when I transcribed the following:

… on the way back from lunch we had a snowball fight and were pushing each other into the snow. Jason knocked Jay over and dislocated his shoulder, or at least that’s what Jay acted like. We had to put up with Jay all the way home. At least he didn’t cry!

He was just writhing in pain the whole 3 hour drive. How annoying!

Well, well! Jay found out today that his shoulder IS broken! In that case he was pretty brave.

I lost my unicorn earring. John & Nick gave them to me. I am mad & sad for losing it!

Still not terribly sympathetic… also, Nick was literally an infant at this point so it wasn’t like he and John went shopping together for the unicorn earrings.

On 911 tonight a little girl got her foot stuck IN the toilet! It was SO funny!

Were we the only family who watched Rescue 911 for the hilarity?

I have a knee problem now. What next? Boy Oh Boy! It’s called something or other disease, but it’s really not a disease. My shinbone has been growing fast, but my ligaments haven’t. So I’m pulling the ligaments. I have exercises to do to help.

So I just looked up the “disease” and it’s called Osgood-Schlatter Disease. I grew out of it, but totally milked it for all it was worth. No, I can’t participate in gym class today, my shins are acting up!

Oddly, I didn’t feel compelled to write about the fact that the doctor we went to diagnose my leg issues was the orthopedist that did my foot surgery when I was little. He was psyched to see me and he had me take off my shoe so he could look at my foot and see how well I was doing. I also remember that when the were taking an x-ray of my legs, the technician asked if I could possibly be pregnant. I was 12 and definitely not getting any action so I was kind of horrified to realize that technically I was old enough to get knocked up.

We watched A River Runs Through It. I liked it alot. Brad Pitt is so gorgeous. The end was sad because Paul (Brad Pitt) gets killed. Waaa.

Well I just finished making the worst batch of cookies that I’ve ever made. I have piano tonight. I haven’t practiced in 2 weeks.

I’d had movie crushes before, but Brad Pitt stirred feelings in me like no other.

Tonight I went food shopping with Mom. In the bookstore I got two more Avonlea books. I also read a little book about Brad Pitt. His birthday is December 18, 1963. That makes him 30 years old! WOA!!! Excuse me I just had a major heart attack. I hope that is a mistake. Wait until I tell Joanna! She’ll freak!

30 years old is positively ancient to a 13-year-old. Reality hit me hard. Brad and I didn’t have a chance. My feelings for him are still strong though, as evidenced by my uncontrollable weeping after watching him in The Curious Case of Benjamin Button.

Today was my first day of home ec.(this year). It was ok. We had to stand up and say our names and stuff. I had a heart attack when I said that I hated to eat fish and I looked around and Bryan was glaring at me. He looked so weird! I guess he likes fish. Everyone had a cow when I said I had a Siberian Husky with blue eyes.

I didn’t write much about school in this journal. I was too busy obsessing over Brad Pitt, or writing about whatever drama was going on with my friends outside of school. I did stick my report card in here though. Check out the comments. I always thought “Takes Pride in Achievement” was a weird one. What does that mean? I hang up my work on the fridge so everyone can see it?

And that, in a nutshell was my life in 1993. It was a pretty calm year for me. I didn’t have any major surgeries, though I had a bunch of teeth pulled and was going through a lot of dental work to prepare for the next surgery (which wouldn’t be for another year and change.) Life was good!

2 thoughts on “Throwback Thursday – Highlights from 1993”